Climbing to rescue others or descending to save ourselves? 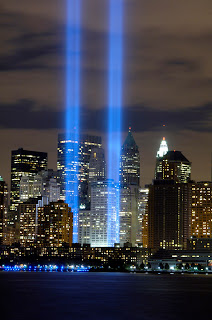 This Sunday, September 11 marks the 10 year anniversary of one of the most tragic days in the history of the U.S. But ten years later, September 11 is not just a time to mourn the people lost, but to celebrate the inspiring stories and take note of the lessons learned from the heroes of that day.

Recently I watched a documentary in which a veteran NY firefighter spoke of losing many of his friends and of losing his firefighter son at the towers on 9/11. He told the story of how he searched for the bodies of the fallen alongside many other fathers and friends for months after the towers fell. Eventually they began to recover the equipment and bodies of firefighters each time they would find stair treads, and so it became evident that their loved ones died in the stairwell. The man shared accounts of survivors who had descended the stairs and escaped the towers. Many of these descending survivors spoke of crying as they saw the firefighters passing them on their way UP the stairs. They cried because they knew these brave men were going TO the places where they had just come from; they cried because they knew the hell these firefighters were charging toward as they ascended those stairs.

This September 11 also marks the six year anniversary of the launch of The River Church. What a perfect time to learn from the inspiring example of the 9/11 heroes who died climbing the stairs toward the fires, climbing toward those who needed to be rescued from the fires. Recently, my friend, @KennyKelly (Pastor of Refuge church in Chapin, SC) tweeted the following quote from C.T. Studd: "Some wish to live within the sound of a church or chapel bell, I wish to run a rescue shop within a yard of @#!*% ." That little rhyme captures the missional heart beat of Jesus himself, demonstrated in his leaving heaven to "dwell among us" (John 1:14) and reveal the glory of God to those who are far from Him. More than once Jesus reminded the religious people and leaders that "Those who are well have no need of a physician, but those who are sick." He said "I came not to call the righteous, but sinners." (Mark 2:17). The problem was these religious folks were comfortable within the confines of their religious community and they thought it was all about becoming clean and remaining clean by staying away from anything or anyone who might be unclean. Not so with Jesus.

We need to never, 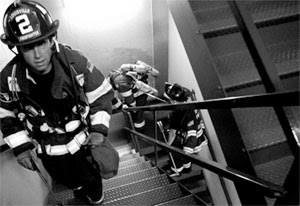