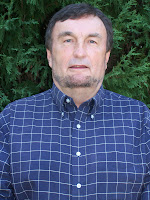 Our featured blogger, Bill Stroup, is a husband, father, and grandfather.  He is a Christian businessman having worked in the publishing industry early in his career, and now as a partner in a company that develops safety equipment for the transit industry. Over the years, Bill has served churches in various ministry positions including pastor, and spent 20 years as a missionary leader and seminary teacher in what is now the Democratic Republic of Congo (formerly Zaire) in Africa.

We recently concluded a five week series called “Supernatural” which explored how we can victoriously engage the spiritual battle raging around and within us.  A couple of thoughts stuck out from week 4 (Sep. 9), of the series, which addressed what we should do when we or others fall in the spiritual battle.

The end of 1 John 1 acknowledges that Christians still sin.  It also makes clear that (1) God knows we still sin and (2) if we try to convince ourselves that we do not sin, we only deceive ourselves.  What is left unsaid, but might be implied, is that we may deceive ourselves, but those around us are not deceived at all – they know all too well that we are not sinless!

Still, that same passage goes on to say that when we manage to get past deceiving ourselves about being without sin and confess our sins to God instead, “He is faithful and just to forgive us our sins”.  As we read this, how can we not rejoice that God is “faithful…to forgive us”?  After all, we don’t have to hope without certainty for God’s forgiveness, as we might hope for sunny weather on Saturday.  Forgiveness is a solid promise of God when we confess!  He will forgive us; He promised!

But when we read this passage, do we think about the second part?  The passage also says that “He is…JUST to forgive us our sins”.  There is a lot that could be said about God being “just” to forgive our sins.  But let this single thought be enough for now:

Jesus paid for our sins – past, present and future.

Our confession (agreement with God about our sin) deals with the relational distance caused by our sins, but God is “just to forgive us” because Jesus has already dealt with our sins by paying for them completely on the cross.

Boy, does that take a load off my mind.  A line from the old hymn, “It Is Well with My Soul”, perhaps sums it up best:

My sin, Oh the bliss of this glorious thought,
My sin, not in part but the whole,
Is nailed to the cross and I bear it no more,
Praise the Lord, Praise the Lord, Oh my soul!
Posted by Unknown at 12:07 PM